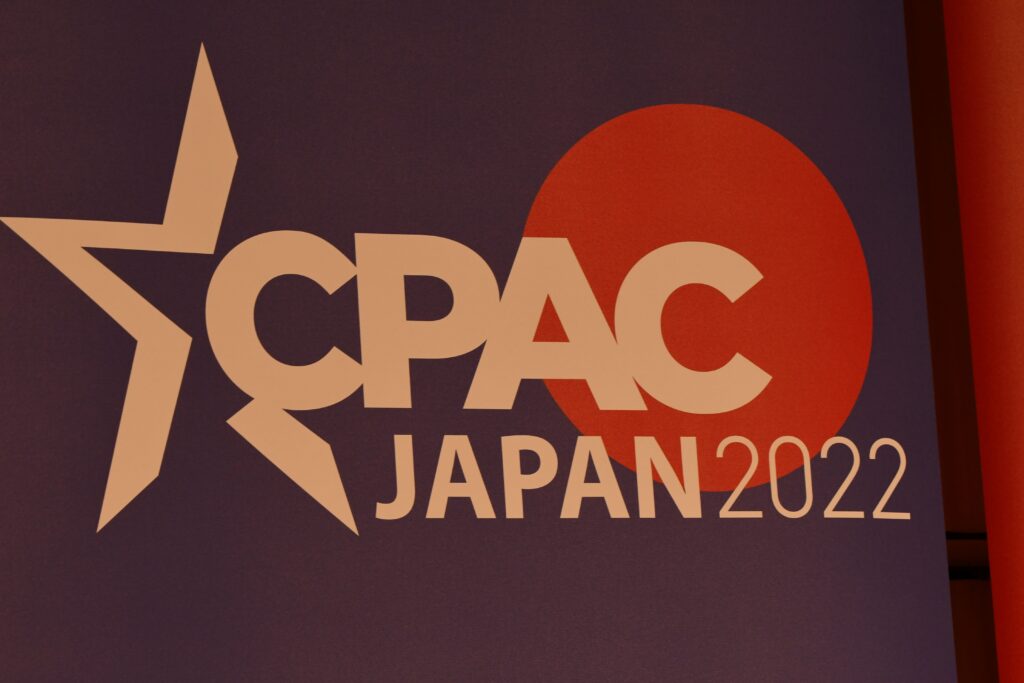 Thank you to everyone who helped make CPAC Japan 2022 a huge success!

2022 marked the sixth annual CPAC Japan. We were honored to have prominent speakers from all around the world including the 45th President of the United States Donald J. Trump, former Acting Attorney General Matthew Whitaker, former national security advisor Ambassador Robert O’Brien, former Minister of the Environment Representative Tsuyoshi Yamaguchi, Representative and leader of the Democratic Party For the People Yuichiro Tamaki, Representative and Internation Bureau Director for the Japan Innovation Party Hitoshi Aoyagi to name a few.

This was the first CPAC Japan held in person since the pandemic with guests coming from all around the world. Including our international CPAC Partners, we welcomed speakers from Japan, the U.S., Mexico, and Hungary to Tokyo for this truly international conference.

Some of the panel discussions included “Facing a Time of Global Crisis” which tackled national security threats from abroad, “National Defense and Cutting Taxes: Both Necessary for a Nation’s Survival” which addressed the need for fiscal responsibility at home while also calling for a strong national defense, “Politics and Economy in the Web 3.0 Era,” a discussion on the U.S. midterm, and more. Speakers discussed ideas that related to not only politics and the economy but also technology, culture, and education. We are proud to say that CPAC Japan covered a wide array of topics, all of which are important to maintaining a healthy social fabric and sound governance.

Some themes throughout the conference included; The external threats Japan is facing, economic stagnation, respecting tradition and culture, where the U.S. is heading politically, and common problems conservatives all around the world face. Thanks to these dialogues we were able to strengthen the bonds between fellow conservatives from around the world. We believe CPAC Japan’s success in bringing leaders together from across the world helped contribute to Japan’s position as a leader in civilian diplomacy.

Some speakers from Japan include Koji Iida (as a moderator) from Nippon Broadcasting, Representative Hitoshi Aoyagi, Representative Yuichiro Tamaki, Representative Tsuyoshi Yamaguchi, Mr. Hiroyuki Nakazawa the Director of the Obako-Baisa School of Tea Ceremony, as well as author and historian Mr. Makoto Mogi to name a few.